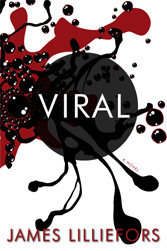 Now available in paperback. VIRAL is the first book in the Mallory brothers series.
"Viral is a world-class thriller ... It doesn't get any more real than this." - Vince Flynn


In remote pockets of the Third World, a deadly virus is quietly sweeping through impoverished farming villages and shanty towns with frightening speed and potency.

In West Africa, an undercover dissident journalist learns of an investment consortium planning to funnel billions of dollars into the continent. Before he can publicize details, he is savagely murdered.

And in Washington, a three-word message left in a safe deposit box may be the thread that connects these seemingly unrelated incidents--if, that is, Charles Mallory can decipher it before time runs out.

What Mallory, a private intelligence contractor and former CIA operative, begins to discover are the traces of a secret war, with a bold objective--to create a new, technologically advanced and lucrative society, a model nation free of the seemingly insoluble problems plaguing many Third World countries. With the help of his brother, Jon, an investigative reporter, can he break the story to the world before it is too late--before a planned "humane depopulation" takes place?

As the stakes and strategies of this secret war become more evident, the Mallorys find themselves in a complex game of wits with an enemy they can't see: a new sort of superpower led by a brilliant, elusive tactician who believes that ends justify means.

'Biological weapons are characterized by low cost and ease of access; difficulty of detection, even after use, until disease has advanced ... This territory is technically unfamiliar to most of the intelligence community, which has taken many positive steps but has a long way to go.' - Joshua Lederberg, molecular biologist, Nobel Prize winner