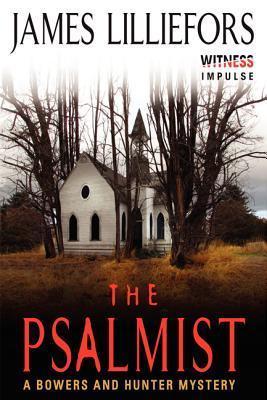 The Psalmist and The Tempest
Available in paperback and e-book from HarperCollins’ Witness imprint.

Pastor Luke Bowers is in the good and evil business.
So, too – in a different way – is Amy Hunter, lead homicide investigator for the Chesapeake Bay community of Tidewater County.

In THE PSALMIST, Bowers and Hunter find themselves working together after a woman's body is found in Bowers' church on a winter morning, with a message in her hand referencing the book of Psalms.

In THE TEMPEST, the seemingly accidental death of a summer tourist has unexpected repercussions when she's linked to a famous stolen (and still missing) painting – Rembrandt’s 1633 The Storm on the Sea of Galilee, the artist's only seascape. Hunter and Bowers then set out to solve the mystery of a picture within a picture.

Why would anyone want to steal a masterpiece?
From The Boston Herald:
The largest property theft in U.S. history was the unsolved Gardner Museum heist of 1990. THE TEMPEST, the second book in the Bowers and Hunter series, imagines what happened to Rembrandt's The Storm on the Sea of Galilee, one of 13 works of art stolen in the robbery.
Read the op-ed here.

Critical response:
'Bowers and Hunter ... are unforgettable: Mr. Lilliefors has given readers two fine, original characters ... a distinctive setting that readers will be happy to revisit; and tense, machine-tooled plotting that astonishes.' - Florida Weekly, on THE PSALMIST

'(THE CHILDREN'S GAME) …. captures perfectly the mentality of Vladimir Putin's Russia – its deep sense of insecurity that followed the collapse of the Soviet Union and the malign behavior that flows from it. And, on top of it, the book is near impossible to put down. A must read." - Michael Morell, former CIA Acting Director and Deputy Director

'VIRAL is a world-class thriller. It doesn't get any more real than this. Lilliefors has created one of the most compelling novels of international espionage I've come across in a long time.'   -   Vince Flynn, New York Times No. 1 bestselling author

'THE CHILDREN'S GAME is uncanny in its timeliness and brilliant in its portrayal of disinformation as the most dangerous weapon of the new Cold War … a masterful thriller that is genuinely alarming in its plausibility.' - Joseph Finder, New York Times bestselling author of THE SWITCH

'With THE LEVIATHAN EFFECT, Lilliefors has kicked it up several notches and created one of the best thrillers in years. Michael Crichton would be proud of how deftly he mixes science with suspense.' - Bookreporter

'Solidly plotted and featuring a unique pair of protagonists - you don't often find a pair of brothers as action heroes - VIRAL is sure to appeal to fans of thrillers with Big Ideas and capital-V villains.' - Booklist

'The outbreak of a mysterious disease in the Third World is the first assault in a deviously stealthy international plot. (VIRAL) maintains suspense with vivid, direct prose and a skillfully developed plot.' - Kirkus Reviews

'A true summer vacation thriller.' - Suspense Magazine, on THE TEMPEST

'Combine a terrific, offbeat pair of sleuths and a fresh setting and you have a real winner in THE PSALMIST.' - Connecticut News

"Wisdom is the principal thing, therefore, get wisdom, And in all your getting, get understanding." - Proverbs 4:7

"Nothing in history is inevitable, including the probable." - Reinhold Niebuhr

"If you can't be happy, be kind. Happy will follow." - Pastor Luke Bowers